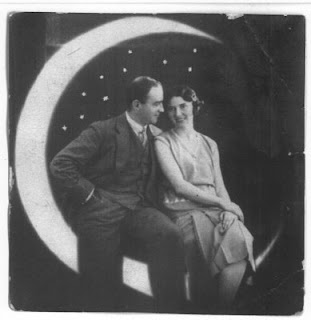 With Christmas I received this photograph of the mariage of my grandmother and grandfather in 1929. I like these photographs since they are sometimes more futuristic then one expects.

The end of December is always quiet, since deadlines still can be made before January 1st. I am also doing some evaluation work for the European Commission, and furthermore a new salary model will be implemented at our Institute, where a specialist does not need to be in management to get a higher scale anymore.

I also had to witness in court since the court expected me to do miracles with image processing such is seen in CSI. The issue is as always that I can not make anymore detail in a forensic proper way then is visible on pixel level. This time I had to answer the same kind of questions many times, however in the verdict it became clear that they understood the issue. Recognition of a person is different from identification. I always learn also from the expert witness testimonies. Sometimes they also give advise on how to write technical issues clearer for people that are specialised in law.

It is an issue in writing technical reports for the court, that we have to understand each other well, and sometimes word in technical context might mean something different for a lawyer or a judge. It is always good to be aware of these things.

On another topic currently we are working for FIDIS, and there we make some more open source products. For comparing pictures, the the NFI Comparator has been changed to .net since it will make things more stable (however not workable anymore under other operating systems as was our previous java-implementation. Also the defraser software is expanding now, and currently a new version of PRNU compare is being made which is expected to be available on line in February with implementation of wavelet filtering as described in literature by Fridrich and others. And finally we will also have an ENF-collector available for recording the variations of the 50 Hz-signal which sometimes can be used to find when a certain recording has been made. The ie

On these subjects I will also speak at the conference of the American Academy of Forensic Sciences in Denver. Where I am also happy that we have our first year of the Digital Evidence and Multimedia-section, where I am currently chairman of.

Posted by Unknown at 2:28 AM No comments: