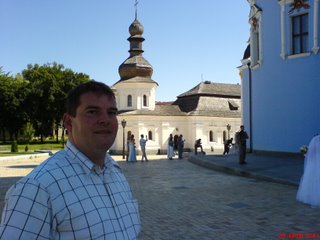 After a nice vacation in the Ukraine and Turkey, where we went from Kiev to Odessa, by ferry over the black sea, to Istanbul, and further south to Izmir. After that we stayed in a five star hotel for only 25 euro per night, since it is the season of the year that not many people go on vacation, we flew back to Brussels and took a train to Amsterdam. It was a nice vacation.

Unfortunately when I came back I had chest pain, and already used nitroglycerine spray prescribed by a cardiologist (which was taken away from me due to the fluid regulations in airplanes), the doctor decided to send me to the emergency service of the hospital by ambulance, because they suspected a heart attack based on the ECG. I got more nitro, and had to stay in corony care for a night with all monitors around me. Then they had to make a catheterisation to the heart which could be done at the same day. The left heart chamber was clear, and in good condition. They did the cathetarisation via the wrist and it took ten different catheters before the reached the right heart chamber. Also this one was fine, so I was satisfied that there was nothing serious. I could go home, and it appeared that everything went well.

At least writing emails gets somewhat more troublesome, due to the contusions on my wrist caused by the catherisation. Then, when I arrived home, I had the same effects with pain on the chest. I was thinking what could have caused this, and suddenly I realised that in the hospital they did not have the medicine Modalim on stock which was prescribed by the home practioner several weeks earlier. It appeared that as soon as I use this medicine the pain came back. So just testing this effect, and hope it helps to resolve the pain. It is indeed somewhat frightening if you have these kinds of experiences, since I try to do enough exercise (by bicycle to the work and three times a week workout at the health club), and also try to keep the diet under control. Anyway, I had seen enough doctors this week, and hope to start up next week with my work.

Well at least, it changed my planning in my agenda. I have to reschedule, and look what to do this month, and which appointments I should skip.
Posted by Unknown at 5:58 AM No comments:

Too many tasks to do, and then a weblog stops working. After some time of many tasks, finally some vacation. Last week I had to be in Krakow for only one day. It was too much travelling for a meeting of two hours. However the meeting was interesting, and motivating.

On November 22, we will have the votings for the Dutch parliament. This time I subscribed to voting via Internet. There appear to be some discussions on voting machines, however I am also interested on the evaluation of this system. The advantage is also that the laws could be changed and someone can elect all 150 candidates, like is currently the case at some political parties. One can elect the order of the persons. It would be a more balanced system then voting for one person, perhaps.
Posted by Unknown at 1:30 PM No comments: