As usual June is busy before the holidays start. It can be seen on the number of cases that come in, as well as all management tasks that need to be finished. Proposals for restructuring the organisation are often also before the summer and of course new plans and proposals often have to be finished for August, so there is lots of work to do. 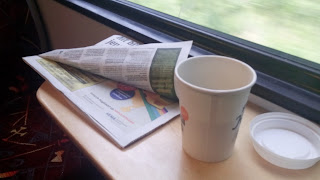 We have seen that the CSI-effect had a major impact on expectations of forensic evidence and the speed of solving a case, since generally forensic examination takes time. The studies in Forensic Science, attracts many students, and we had the celebration of 10 year Master of Forensic Science at the University of Amsterdam. One issue is that with current government cuts in many countries the number of jobs is limited. As we can see in the UK there are some reports that some of these cuts might cause serious mistakes in criminal cases.

This month also several meetings and interesting discussions also on codes of ethics. Also on the ENFSI code of conduct and a derived code proposal from the Netherlands Register of Court Experts. Most forensic organisations (for example the AAFS) also have a similar codes, however for me it is not easy to determine if they might conflict with each other when agreeing with all the different codes,

Also as program manager cyber forensics, big data and digital evidence, several presentations and new contacts also on new topics ranging from infrastructure of big data, to biometric spoofing and drones as well as processing large amounts of video in a forensic case.

Posted by Unknown at 8:46 AM No comments: