During this month handled several cases, however also I presented the Imaging  paper at the Interpol International Forensic Science meeting in Lyon. Due to the US government shutdown I also presented the paper on Video of USACIL. It was a very nice meeting and many contacts with directors, managers and scientist during this meeting.

For the DFRWS Europe in Amsterdam I am currently working on the technical committee as chair. There appears to be much interest in this conference, so I am looking forward to the submissions.

Also in November I am chairing the organizing committee of a conference for Digital Investigation for the Police with over 300 attendees. Many nice developments, even a custom made app.

During this month I also attended the S-Five meeting in London at the Metropolitan Police. This project will study various issues related to the Standardisation of Forensic Image and Video Enhancement (S-FIVE). The main focus of the project is oriented towards techniques that are used for improving the quality of surveillance video data and other types of images that portray persons and objects at the macroscopic level. Nice discussions on validation of software and limitations of methods and manufacturers of  software that often use unrealistic examples

In November I am looking forward to give  a key note talk on digital identity at the Horizons 2013 conference of the Forensic Science Society which will be held in Manchester from 6-8 November 2013.

Also nice exchanges on R&D on camera identification with a project in Brasil, and furthermore several students that work on different projects such as automated facial comparison, manipulation detection, hand comparison, veins in hands an and faces and social networks. 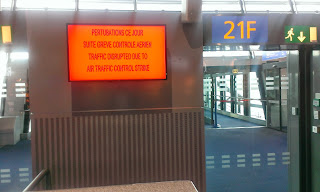 Back from Lyon some delay due to strike of airtraffic control strike
Posted by Unknown at 9:54 AM No comments: