This month several students start on several research projects that I am coaching, ranging from camera identification, heart beat detection, veins in faces and automated biometric comparison of hand, feet and faces. As always I am looking forward to the results and challenges within these projects.

In 2014 also the DFWRS EU will be organized in Amsterdam, so that is nice to have it nearby.

For the journal Digital Investigation working on a special issue for Big data and data analysis, so several topics keep me busy, as well as some casework and a proficiency test. This summer in August I was working on several cases, and it appeared I could finish them in time.

Since I have to keep up with lowering my blood sugar I decided to do a test with High Intensity Interval Training (HITT) and of course a low carb diet. It is a part of a scientific study where I will do this for 12 weeks 3 days a week, and they have a hypothesis that it lowers the blood sugar and a higher VO2 Max is resulted from this.

Furthermore, I am preparing a presentation at the Interpol Symposium in Lyon a review on forensic imaging in October.

Since we sold our apartment near the sea in Zandvoort, we live for a while in the Jordaan in Amsterdam, so lots to see and do there ! 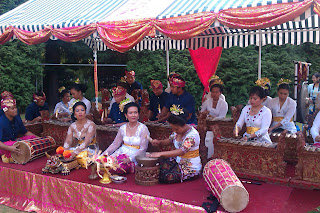 Indonesian diplomatic reception to commemorate the 68th Anniversary of the Independence of Indonesia that I attended, where our prime Minister Rutte was guest of honor and gave an excellent speech